OC Capital Is Heading Out of State 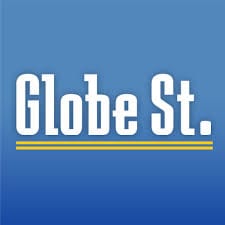 OC Capital Is Heading Out of State

It is no secret that capital is starting to chase yield outside of Southern California. Phoenix and Denver had been the markets of choice for Southern California-based capital sources, but now Northern Las Vegas is joining the list, as well as Tucson and Salt Lake City. Orange County-based Alpha Wave Investors is starting a new round of value-add investment after completing its business plan and disposing of six properties. The firm has acquired Cypress Springs, a 144-unit apartment complex in Northern Las Vegas. We sat down with Jordan Fisher, a founding partner at Alpha Wave, to talk about why the firm is so bullish on Las Vegas and why it isn’t looking in Southern California markets.

GlobeSt.com: What has attracted you to the North Las Vegas market?

Jordan Fisher: This is our most recent acquisition and only property in this market, but we started investing in Las Vegas in 2014 and we sold six properties in 2017. What first attracted us to the market in 2014 was a little bit different than what attracts us there today. It was a more opportunistic move, and we took properties that were really struggling and stabilized them. We did well doing that. We like the Las Vegas market now because it is a little less heated than Southern California or even Phoenix; it is smaller, so you aren’t competing with a lot of the institutions; it has a growing job market; and it doesn’t have as much new supply coming on the market. We are still bullish on Las Vegas.

GlobeSt.com: Las Vegas has become a popular investment market in the last year. How has the market changed since you started investing there?

Fisher: It has changed dramatically. In 2015, when we were first acquiring assets, Las Vegas was still a bad word to a lot of people. A lot of the lenders that we talked to at that time weren’t interested in the Las Vegas market, even from a debt perspective. For investors, there are a lot of bad memories there. Fast forward to 2018, it is a completely different story. People have seen the growth prospects and the rent growth and the job growth, and there is a lot more interest. That has also made it harder to buy, but when you do find a good opportunity, there is a lot more interest on the debt and equity side.